Who Rules The World? Part Three 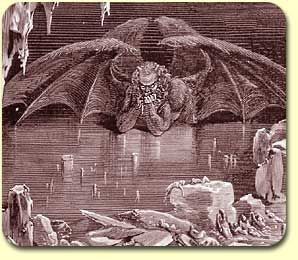 “It is almost a joke now in the Western world, in the 20th century, to use words like 'good and 'evil'. They have become almost old fashioned concepts, but they are very real and genuine concepts. These are concepts from a sphere which is higher than us. And instead of getting involved in base, petty, short-sighted political calculations and games. we have to recognize that the concentration of world Evil and the tremendous force of hatred is there and it's flowing from there throughout the world. And we have to stand up against it and not hasten to give to it, give to it, give to it, every-thing that it wants to swallow.” -- Alexander Solzhenitsyn.

Who Rules The World? Part Two

Following on from Part One, in this the second part in the series, we will attempt to establish whether the Satanic Bloodline survived the Great Flood, and if so how. Then in the Final Part, we will discover who and what the Illuminati is, and how it's `web` connects with that great and awful evil force whose influence appears to permeate all the institutions of our sad planet these days. Finally taking all we have discussed, we will decide as to whether the eternal adversary of God and man, the great deceiver, Lucifer/Satan, is indeed the driving force behind the creation of the World Tyranny which has been erected methodically and systematically around our lives.

In the three dimensional world, we don't have to worry to much about discarnate entities, such as ghost, Lucifer, devils, Satan or your deceased mother-in-laws. Broadly termed "Spirits" which means that they are very much alive.

Who Rules The World? Part One.

Many people would naively answer the above question by saying that Barrack Obama, the current `Glove Puppet` US President does. Others might proclaim that it is the UN which exercises global authority. Some of those involved in the same field of research as myself might say that the `Rothschild's and the Illuminati are the `Lords of this world.` Many Christians and Jews will say it is our creator, Yahweh, who should be rightfully regarded as such, for after all, he is `The Lord.` The faithful followers of Islam will pronounce that `Allah` is the almighty most merciful ruler over all creation.

Read more: Who Rules The World? Part One. 26 comments

My pastor wouldn't or couldn't.
Compiled by Rene' Descartes, June 2009


God is a very abstract and difficult thing for the human mind to fathom.  To paraphrase the ancient teaching - ‘The God I am talking about cannot be talked about'.  It means that God is really impossible to explain, or truly understand intellectually.  But with that in mind, we will endeavor to explain the unexplainable.

People have often ‘person-alized, or human-ized the concept of God.  Whether consciously or subconsciously, many people think of God as having a human-like appearance - a great big man with long silver hair and beard that lives ‘somewhere out there' beyond the sky in Heaven. That has always bothered us.

Hitler And The New Age 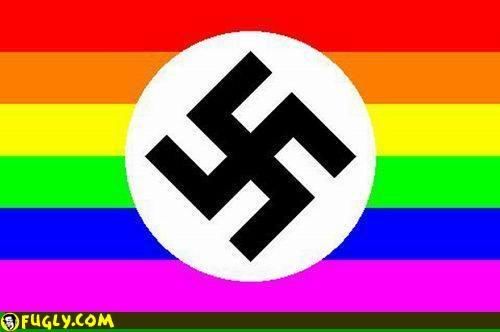 "Although the rainbow seems to be only a coloured arc of light refracted through raindrops, to both Christians and New Agers it has a deeper meaning. According to the Bible, the rainbow is symbolic of God's everlasting covenant that he would never again destroy the earth by a flood. However, the New Age Movement uses rainbows to signify their building of the Rainbow Bridge (antahkarana) between man and Lucifer who, they say, is the over-soul. New Agers use the rainbow as a decoration, unaware of the growing popular acceptance of its occult meaning and hidden dangers." Constance E. Cumbey `The Hidden Dangers Of The Rainbow` 1983.

Why orthodox Religion has failed?

In this material and intellectual world?

What you will read below may upset many of you, but we have to cut to the chase and be blunt, and strait to the point, to avoid any misunderstandings, and to be diplomatic would only have obscured the truth. It is also to help you with your time restraint, because your time is running out, fast and you don't even know.

To Kill A Tree: The Conclusion

Read more: To Kill A Tree: The Conclusion 29 comments

The fabulous soul we are!

According to the secret or inner teachings, the universe was not first created out of matter, but existed prior to material creation in spirit form. Imagine a consciousness similar to our own, except that this first consciousness was boundless, a Universal Consciousness. This is what is now called God. At some point, the Universal Consciousness desired to express itself. It began to conceive, to imagine, and to express its inner promptings. And so the creation began - light, sound ... eventually stars, galaxies, trees, and rivers. This point in creation was still prior to the physical creation of the universe that science records. This was a realm of imagination and thought; no physical forms existed, only thoughts in the consciousness of the Universe. The physical universe had not yet been created.

Read more: The fabulous soul we are! Add new comment

Another Step Towards The Fascist Dictatorship

Another Step Towards The Fascist Dictatorship. By Philip Jones 14th June 2009.

The above headline relates to an article I read this morning on DR News Online. This article is duplicated below in Danish and English. Have a read and then we'll discuss the matter in more detail.

Read more: Another Step Towards The Fascist Dictatorship 2 comments

To Kill A Tree: Part Four

"Factor VI : The Cattle. Those who will not use their brains are no better off than those who have no brains, and so this mindless school of jelly-fish, father, mother, son, and daughter, become useful beasts of burden or trainers of the same."
Read more: To Kill A Tree: Part Four 15 comments

To Kill A Tree : Part Three

The Delusional State-Severing The Roots.

In this, the third part in the series, `To Kill A Tree,` we will take a closer look at how through various means and methods, the Illuminati are, in parallel with their depopulation agenda, working towards the deconstruction of the nation states of the West, by disconnecting people from their roots, and diluting the ethnic makeup of countries through mass immigration, thereby weakening the resolve of populations to oppose the trend towards internationalism. We will also examine how the Illuminists and their Marxist, humanist, socialist `lackeys,` have worked towards breaking down Western civilisation and tradition, by the rewriting of history and the defamation of national heroes.
Read more: To Kill A Tree : Part Three 7 comments

"Meteorologists believe they have discovered a new classification of cloud after the unique formation has been spotted in skies around the world."

To Kill A Tree: Part Two

`On the first Feminian Sandstones, we were promised the fuller life, which started by loving our neighbour, and ended by loving his wife. Till our women had no more children, and the men lost reason and faith, and the gods of the copybook heading read, “The Wages Of Sin Is Death.” `